Crystal Cathedral Goes To The Diocese of Orange

Hello Friends,
I promised many of you that I would post something about the sale of the church as soon as I had something to post.

Judge approves Crystal Cathedral sale to diocese
By AMY TAXIN
SANTA ANA, Calif.
A federal judge has approved the sale of the Crystal Cathedral to the Roman Catholic Diocese of Orange to help the financially struggling church emerge from bankruptcy.
U.S. Bankruptcy Court Judge Robert N. Kwan approved the sale at a hearing in Santa Ana on Thursday.
The decision came after a bidding war between the diocese and Orange County's Chapman University for the 40-acre property in Garden Grove.
The diocese plans to use the site for a countywide cathedral, which means Crystal Cathedral congregants will need to move to a new location.
Chapman had wanted to use the site to expand its health sciences offerings and possibly start a medical school.
THIS IS A BREAKING NEWS UPDATE. Check back soon for further information. AP's earlier story is below.
The board of directors of Crystal Cathedral Ministries announced Thursday that its preferred buyer for the megachurch's campus is the Roman Catholic Diocese of Orange.
The announcement came just before a bankruptcy court hearing at which a judge was expected to decide between competing offers from the diocese and Chapman University.
The Catholic diocese wants the property for a cathedral of its own, while the university would use it to expand educational programs.
A board statement said it preferred terms of the $57.5 million Catholic bid for the Orange County cathedral, longtime home of the "Hour of Power" broadcast.
"The Catholic plan allows Crystal Cathedral ministry full and exclusive use of the Crystal Cathedral and the majority of the property for three years," it said.
In addition, the Family Life Center would be available for 18 months while temporary solutions are found to house programs for children and youth.
U.S. Bankruptcy Court Judge Robert N. Kwan has said he believes the bids from Chapman University and the diocese are both feasible options, and asked the Crystal Cathedral's board to state its preferred buyer at Thursday's hearing. The board previously favored the university's bid, which was raised Wednesday to $59 million.
Some Crystal Cathedral members fear their church will dwindle if the 40-acre grounds are sold to the diocese and they must move to a new location. They noted that congregants emptied their pockets to help build the elaborate building and many planned to be buried in the nearby cemetery.
Others fear the broadcast that funds 70 percent of the church's revenue will lose viewers if moved to a different, less striking setting.
"That's our church -- the Crystal Cathedral. We bought and paid for it," said Bob Canfield, a 73-year-old general contractor who joined the church five years ago. "We feel like we've been raped of our ministry."
For many congregants at the Crystal Cathedral, the church building designed by renowned architect Philip Johnson and made up of 10,000 panes of glass has become intertwined with the church's identity.
"They're no different than any other business. They have to market themselves, and they have a particular branding and they've put all their eggs in that basket," said Richard Flory, director of research at University of Southern California's Center for Religion and Civic Culture. "That would be a difficult transition for them to make."
Rev. Robert H. Schuller started the Southern California ministry as a drive-in church in the 1950s under the auspices of the Reformed Church in America. Decades later, the church evolved into an international televangelism empire and erected its now-famous building.
In 2008, the church's revenues plummeted amid a decline in donations and ticket sales for holiday pageants due to the recession, (church officials said.) But some experts say the church failed to attract younger members while alienating older churchgoers with an ill-fated attempt to turn the church over to Schuller's son, ending in a bitter and public family feud.
The church laid off employees and cut salaries, but its debts surpassed $43 million, prompting the Crystal Cathedral to declare bankruptcy last year.
Some congregants at the Crystal Cathedral said losing their church would be a sign of failure of the ministry's leadership and they wouldn't follow its leaders to a new site.   (end of article)

**If I were to re-write the highlighted pargraph it would read something like:   "On July 9, 2008 in an "emergency board meeting" called by Dr. Robert H. Schuller,  and with a few key board members "out-of-town or unavailable to attend", the Board of Directors for the Hour of Power decided to give control of the ministry to Jim Penner, husband of Dr. Robert H. Schuller's youngest daughter, Gretchen.   As a result, Mr. Penner, in a single-handed decision, separated Pastor Robert A. Schuller from the global congregation by taking him off the air of the Hour of Power telecast.  Even so, Pastor Schuller continued preaching to the local Crystal Cathedral congregation each Sunday through the beginning of the fall season.  Mr. Penner then told him he could no longer use the pulpit of the Crystal Cathedral on Sunday mornings.  Once that happened there was little hope left for a significant relationship between pastor and parishioners.    After three months of trying to restore the church's local consistory board's authority,  and after dead-end negotiations with the family members, it became clear that Pastor Robert A.Schuller was left no other choice but to resign.   Unfortunately for the ministry Pastor Schuller's book, "Leaning Into God When Life Is Pushing You Away" was released about the same time as his departure and it had been slated as the major fundraising gift for the fall 2008  Hour of Power season.   This book was anxiously anticipated as it followed on the heels of his New York Times bestseller, "Walking In Your Own Shoes."   Key staff people, many of them adored pastors and mentors, or experts in financial accountability and leadership, including Dr. Jim Poit and his dedicated staff,  were let go without considering further serious ramifications.  Month after month the ministry continued it's rapid decline without ever once repenting of or correcting the mistakes being made.  Prior to the careless and foolish decisions of July 2008 the ministry had embraced a bright future as highly recognized and prepared for years, Pastor Robert A. Schuller continued his father's uplifting, hope-filled,  traditional, Christ-centered ministry which Dr. Robert H. Schuller had birthed over 50 years before.   Partnering with Dr. Jim Poit, a graduate of Princeton Seminary and St. Andrew's, Pastor Robert A. Schuller and Dr. Poit had been building an incredibly capable and wise staff worthy of their calling in so many ways.  Adding to the church's problems, Pastor Robert A. Schuller's  untimely removal from the televised church service happened suddenly, without any proper or formal announcement,  thus causing worldwide concern for Pastor Schuller's health.    Rumors circulated that he "must have cancer", or maybe "he had been unfaithful to his wife".   "Why else would a faithful congregation be left in the dark?"   The ministry's income plummeted as thousands of letters and emails began pouring into the ministry and into the media, week after week, month after month.   Still church "leadership" gave no answers as to why the people's pastor, Robert A. Schuller, had suddenly vanished from their screens after 32 continuous years on the Hour of Power;  the last two and a half years as their senior pastor.   Contributing to the confusion and to the ministry's downturn was that only a couple of years had passed since hundreds of dinners had been hosted nationwide where multiple generations of church members had given standing ovations of support as Dr. Robert H. Schuller asked the question, "would they would support his son as the new senior pastor?"   ...And then we experienced the worst economy in decades.  This proved to be too much for the un-experienced, "correspondence course pastors" and other leadership that was driving the ministry off a cliff, since that fateful day of July 9, 2008.    In October of 2009 the "leadership" filed for bankruptcy protection... and the rest is history.

Still in all, God will restore what man has neglected and driven away.  God is in the restoration business!  I woke up with a heavy heart yesterday and I believe I was somehow divinely directed to these verses.  I have been pondering the whole idea of being a remnant lately and all the remnants in my life that have formed the whole.  A remnant is a leftover, a scrap of a bigger whole.  There is a lot left over so let's all do something great with our future.

Jeremiah 23:1-4
"Woe to the shepherds who are destroying and scattering the sheep of my pasture! declares the Lord.  Therefore this is what the Lord, the God of Israel, says to the shepherds who tend my people:  Because you have scattered my flock and driven them away and have not bestowed care on them, I will bestow punishment on you for the evil you have done.  I myself will gather the remnant of my flock out of all the countries where I have driven them and will bring them back to their pasture where they will be fruitful and increase in number.  I will place shepherds over them who will tend them, and they will no longer be afraid or terrified, nor will any be missing declares the Lord." 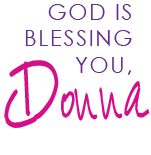 To stay updated on all of our ministry projects please stay in touch.
Check out robertschullerministries.org
Posted by Schuller at 12:46 PM